A Richmond, California man has been imprisoned for 27 years after being falsely convicted of murder in the early 1990s, according to a detailed letter sent to the Contra Costa County District Attorney’s office in May 2020.

The letter details numerous issues with the conviction of Ricky Godfrey, including the fact that one of the police officers investigating the case was a member of a notoriously racist gang within the Richmond Police Department, known as the “Richmond Cowboys.” That information was not presented to the jury at the time of trial.

Godfrey’s wife, Anesia Godfrey, worked with an attorney to compile the issues in the letter after reading about the formation of the Conviction Integrity Unit. The unit, established by District Attorney Diana Becton in 2019, works to review cases where new evidence has surfaced, or where significant integrity issues are revealed. Godfrey’s case involves both claims of innocence and evidence of multiple integrity issues.

When contacted, a spokesperson for the District Attorney’s office said the office does not comment on cases being reviewed by the Conviction Integrity Unit, but noted that three cases were dismissed last December due to the CIU’s effort. All three involved misconduct by Antioch Police Sergeant Santiago Castillo. That misconduct was made public thanks to a new police records transparency law that went into effect in 2019.

The case is about the shooting death of a man named Harvey Norfleet in July 1992. Godfrey was in a car with three other people in Richmond, when they encountered Norfleet in his vehicle. Some of the people in the car with Godfrey exited the car and got into an argument with Norfleet, eventually escalating to him being shot and killed. While police at the time claimed that Godfrey was the shooter, he maintains that he never even got out of the car, and that Melvin Holman, who was driving the car, fired the gun that killed Norfleet.

Multiple pieces of evidence revealed in recent years back up Godfrey’s account of the events. Holman has since died.

The first issue raised in the letter is that Godfrey’s conviction rested mainly on eyewitness testimony from people who were at the scene. However, both of them have since admitted that their testimony at Godfrey’s trial was false.

Gerald Michael Cannon Jr., one of the men in the car with Godfrey, provided an affidavit in 2010 in which he admitted, “I was a participant in helping the prosecution send the wrong person to prison,” and went on to say that Holman was the actual shooter. He was only 17 years old at the time of his police interview.

He said he gave this incorrect information both because of a threat by Holman and because police suggested it was in his “best interests” to say Godfrey was the shooter.

“Holman told me to keep my mouth shut,” Cannon wrote. “He said that if his name came up in connection with the shooting, he would ‘kick [my] ass.’”

The testimony of Rosheneda Pierce Danks, who was in Norfleet’s vehicle, was also critical to Godfrey’s conviction. In 2012, she was contacted by The Innocence Project, a nonprofit whose mission is “to free the staggering number of innocent people who remain incarcerated, and to bring reform to the system responsible for their unjust imprisonment.”

Working with an Innocence Project investigator, Danks submitted a declaration that cast doubt on her original testimony. She had said the shooter was someone short — about the height of Holman, and significantly shorter than Godfrey. But when an officer and the district attorney interviewed her, they suggested to Danks that Godfrey “could have gotten bigger by lifting weights in jail and he might have grown taller,” even though the trial occurred less than two years after the shooting.

A bullet and a beanie-style hat were used as part of the case against Godfrey, but there are numerous issues with the way that evidence was obtained and used.

The apartment where police said the items were found was not Godfrey’s apartment, and the police did not have proper consent to search the premises. Additionally, no photos were taken during that search.

During the trial, the bullet was said to be “similar” to the one found at the scene, but prosecutors failed to establish that it was in fact the same type of bullet. Both Ricky and Anesia Godfrey suspect the items may have been planted by the officer who conducted the search, Sergeant Dennis Browne.

The fact that Browne was the one doing the search raises another issue: Browne had a well-documented history of misconduct, including a killing in 1983, and was a member of the “Richmond Cowboys,” a notoriously violent and racist group within the Richmond Police Department. This history, the letter argues, should have come up during trial, because it may have swayed the jury’s decision if they had known about it.

While it was not mentioned in the letter to the Conviction Integrity Unit, Godfrey noted that police drove both Cannon and Danks to isolated areas in order to interview them, rather than taking them to a police station and offering them legal representation.

Background and Next Steps

The letter is part of a long-running fight in which Anesia and Ricky Godfrey have been engaged to prove his innocence, bring attention to his story, and ultimately free him from Solano State Prison. A “Free Ricky Godfrey” website was set up in 2016 along with a change.org petition that has garnered over 500 signatures to date.

The Godfreys submitted a commutation request to then-Governor Jerry Brown in 2018. An investigator from Brown’s office interviewed Godfrey, who explained that he was wrongfully convicted and told the investigator about his accomplishments while incarcerated, including earning his paralegal certification. Godfrey never received updates about his commutation request after that interview.

Anesia Godfrey’s work on her husband’s case has led her to get involved with several groups fighting to uplift the voices of people in prison, such as From The Inside Out, and Initiate Justice. One group, Drop LWOP, advocates for people who have been given “life without parole” sentences. They hold frequent rallies in Sacramento to urge Newsom to commute those sentences.

Even if a commutation is never granted for Godfrey, the Conviction Integrity Unit may give him an opportunity for release. The formation of the unit in Contra Costa County mirrors the formation of over 60 similar units in District Attorneys’ offices around the country, nearly all of them having been created the past seven years, according to the National Registry of Exonerations. About half of those units have successfully exonerated people in their jurisdictions, including Joseph Webster, a man in Nashville, Tennessee who served 15 years, and Jaythan Kendrick, who served 25 years in New York City. Both were released this month, after courts acknowledged their murder charges as wrongful convictions.

One of the newest of these units is San Francisco’s Post-Conviction Unit, announced in September 2020, which is paired with an all-volunteer Innocence Commission which District Attorney Chesa Boudin said will “support and strengthen the Unit’s work.” San Francisco’s unit plans to review excessive sentences, as well as wrongful convictions.

Innocence Commission member and Managing District Attorney Arcelia Hurtado emphasized the importance of these kinds of units: “Our status quo criminal legal system inherently focuses on the failures; post conviction units focus on the potential that every human being has for redemption and the human capacity for forgiveness and healing.”

Anesia Godfrey is angry at how the criminal justice system has treated her husband, but hopeful that if more people hear his story, he may soon join the ranks of Webster and Kendrick, and be released from prison.

“All I wanted was someone to hear his story, because here you got an innocent man sitting in prison for a crime that he never committed,” she said. “And I just want him to know and I want the system to know that he will never be forgotten about. And I will keep fighting until the day I die, until he gets free from prison.”

Tyler Breisacher is a journalism student at City College of San Francisco, and former tech worker. He has contributed to The Guardsman, El Tecolote, and Report Back (the podcast of the Democratic Socialists of America, San Francisco chapter) 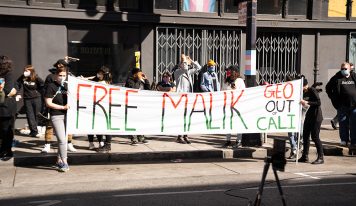 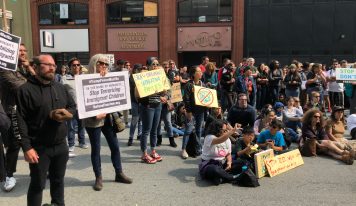 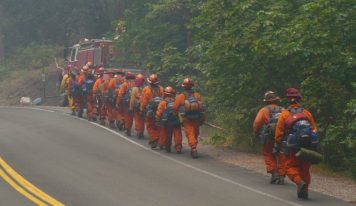