Before he is extracted from the White House, it appears that Donald Trump may try to implement all of the bad ideas he didn’t get around to in the past four years – attacking Iran, drilling in the Arctic, with others no doubt to come. There is one of his lame duck proposals, however, that is a good idea. In fact, his plan to cut the number of American troops in Afghanistan is actually a very good idea.

Anyone who wants to call Donald Trump the most unqualified person to ever serve as president, along with the most personally despicable occupant the White House has ever known will get no argument from me. But if he wants to withdraw half of our soldiers in Afghanistan, I’ll sure support that – and so should all of us who’ve opposed that war for the last five, ten, fifteen, or twenty years. Actually, the only criticism he deserves on this one is that it isn’t enough. He really ought to get the other 2,000-2,500 we officially have there out as well, along with the CIA and other assorted spooks and mercenaries who don’t show up in the official count.

The War Party – which is to say, the permanent-state-of-war supporters in both the Republican and Democratic Parties – naturally finds the idea entirely repugnant. As Kentucky Senator Mitch McConnell sees it, “A rapid withdrawal of U.S. forces from Afghanistan now would hurt our allies and delight the people who wish us harm.” Further elaborating on his corkscrew history of the last two decades, he’s declared that, “The consequences of a premature American exit would likely be even worse than President Obama’s withdrawal from Iraq back in 2011, which fueled the rise of ISIS and a new round of global terrorism.”

Since official Washington would prefer that we think about these wars as little as possible, it can be hard at times to recall the actual course of events, but the Senate Majority Leader’s take on things contains two notable twists: Barack Obama actually withdrew American troops from Iraq under an agreement negotiated by his predecessor George Bush, the man who started the whole thing; at the time Obama actually wished to prolong the American military presence there. And as for ISIS (Islamic State of Iraq and Syria), no less an Iraq War booster than former British Prime Minister Tony Blair, Bush’s co-conspirator, has acknowledged the “elements of truth” in regarding the US/UK invasion of Iraq as the principal cause for ISIS’s rise. And there have been no shortage of Democrats lining up with McConnell. Evelyn Farkas, former Obama Administration deputy assistant secretary of defense and recent Congressional candidate, thought it “irresponsible to make troop reduction your entire political objective.” Jack Reed, ranking Democrat on the Senate Armed Services committee, argued that “There’s a right way and a wrong way to do this. President Trump is once again choosing the wrong way, and we can’t let US national security and our relationships with steadfast partners become a casualty of President Trump’s wounded ego.”

At this point, it’s hard to guess whether these people actually think that ending an ill-considered and patently unwinnable war would constitute a precipitous act after nineteen years, or whether they’d sing a different song were it Joe Biden calling the tune. It’s equally hard to know which would be worse. (Happily, myopia is not universal on Capitol Hill: Democratic House Armed Services Committee Chair Adam Smith has called the troop reduction “the right policy move.”)

Next in the line of argument against an Afghanistan withdrawal, we usually find the unnamed Pentagon and State Department officials whispering about the “sensitive military equipment” that would be left behind for the Taliban, ISIS – and who knows who all else – to put to their nefarious purposes, should we beat too hasty a retreat. Given the U.S. military’s well known capability of launching rapid attack at any time, any place and for whatever reason given by a Commander in Chief, it seems unlikely that it would not be up to the logistical challenge of packing up in a hurry. But were that actually the case, one thing we do know for certain is that our military employs a lot of people with vast experience in blowing stuff up.

But there is one legitimate cause frequently cited for misgivings about an American withdrawal from Afghanistan – the fate of women living under the Taliban, the group that will almost certainly return to power when all of this is over. And while it was difficult to take the Bush Administration seriously in its new found interest in feminist concerns once it realized that they played well back home as a justification for its invasion, it is certainly the case that the Taliban’s position on the rights and role of women is severely retrograde. Yet even this must be weighed against a couple of other considerations. The first is the actual position of women in current wartime Afghanistan, where well over 40,000 civilians have been killed, 100,000 more injured, and over five million displaced – half of whom, of course, can be assumed to have been female. (A fundamental concern of the U.S.-supported government in regard to these matters was clarified just last month when its Vice President Amrullah Saleh ordered the arrest of the person reporting the civilian casualties resulting from a government airstrike.)

The other consideration is even more fundamental – we cannot remake another society’s social policies by military invasion or drone warfare. The lot of women in Saudi Arabia is deplorable and the number of people effectively living in slavery in India is thought to be in the millions. But no one suggests an invasion or bombing campaign of these countries as a sensible approach to improving those conditions. It is no more so the case in Afghanistan. And the sooner we wake to that fact, the sooner we might be able to direct resources to actually doing something to improve such situations.

So Donald Trump, I haven’t been with you on much these last four years, but I’m with you on this one.

Photo Credit: “Honor the Fallen” by U.S. Army is licensed under CC BY 2.0 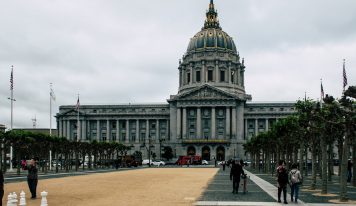 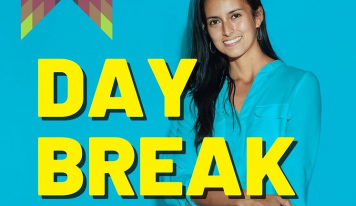 Jackie Fielder and the Daybreak PAC: An incubator for progressive success 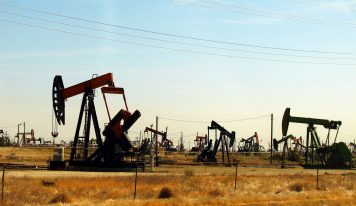