Editor’s Note: This editorial is reprinted from The California Fighter.

The state recently announced a $74 million dollar project to move a stretch of highway along the Sonoma County coast inland to avoid sea level rise caused by climate change. Meanwhile, Governor Gavin Newsom increased issuing permits to drill for oil and gas in California by 190% earlier this year, offering up more than 1,500 permits to fossil fuel companies in 2020 alone. We live in a place where working-class taxpayers fund multimillion-dollar infrastructure projects to address climate change caused by fossil fuel companies our government continues to coddle. Until we confront the fossil fuel industry head-on, we will continue to our current practice of bailing out a leaking ship while refusing to plug the holes.

California has no problem recognizing the reality of climate change and that its impacts will be catastrophic. In fact, the state has planned extensively for the oncoming disaster, offering up a sobering document on what strategies to employ to prepare for an eventual seven-foot sea level rise by 2100. Our Governor also clearly has no problem naming the cause of these impacts, citing our “reliance on climate-change causing fossil fuels” in one of many recent press releases declaring his commitment to fighting climate change.

Yet in a remarkable act of cognitive dissonance, Newsom continues to allow new drilling operations pull more and more fossil fuels – including some of the dirtiest oil in the nation – out of California soil. An alarming mapping effort by Consumer Watchdog reveals the locations of the 7,625 total oil and gas permits issued by the Governor since he entered office. He issued more than 3,000 of those permits in 2020 alone.

Issuing permits to allow corporations to pollute the air and increase climate change is bad enough. But to then turn around and ask working-class Californians to pay taxes that will solve the problems these corporations created represents an extreme act of chutzpah. A recent legislative report that revealed the state faces up to $18 billion in property damage by 2050 due to sea level rise begs the question: how much of this damage will everyday citizens be asked to pay to fix?

A simple solution exists: tax fossil fuel industries to both pay for the damage they’ve caused and help fund a path towards transitioning away from fossil fuels. Legislation already exists for an oil and gas extraction tax, modeled on similar taxes currently in place in 30 other states. The income from this tax and additional taxes on the fossil fuel industry in California, which is the sixth-largest oil producer in the nation, could generate the hundreds of millions of dollars necessary to address the enormous impacts of climate change without putting the burden of paying for it on the state’s working class.

The money could be spent in three ways:

While the solutions seem simple, there’s a reason they haven’t happened yet – the fossil fuel industry possess enormous influence in both the Republican and Democratic parties in this state. Newsom himself has close ties to the Getty oil fortune, receiving tremendous financial backing from Gordon Getty himself throughout his lifetime. He also has several long-time associates working on behalf of the fossil fuel industry, associates whose companies he recently granted oil drilling permits to.

But the problem goes beyond the Governor. Big-name state Democratic legislators, including Ben Hueso, Lorenza Gonzalez, and Bob Hertzberg, have taken hundreds of thousands of dollars in various forms of contributions from firms representing the fossil fuel industry, sometimes soon before voting against legislation that would have negatively impacted fossil fuel production. Since 2017 alone, Democratic state legislators took more than $900,000 from oil and gas industry donors.

There’s a tendency to blame working-class Californians for being anti-tax. But is it any wonder when the state provides giveaways to the very industry forcing us to spend money to clean up their mess? For the state to reclaim legitimacy, it needs people in power and a movement from below that holds fossil fuel corporations accountable for the damage they’re doing and forces them to pay for a path out of the situation we’re in. This path should lead to a state that both fights climate change rather than actively causing it and doesn’t put the burden of this transition away from fossil fuels on the backs of working people.

C.R. Mills is a writer whose work has appeared in New Politics, Shelterforce, L.A. Progressive, and elsewhere. 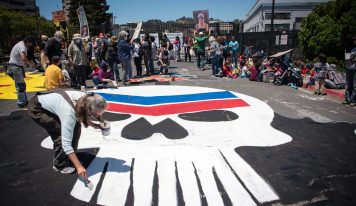 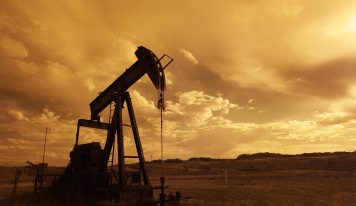 Oil and Gas Industry Hunkers Down in Kern County. Will the State Apply Any Regulation? 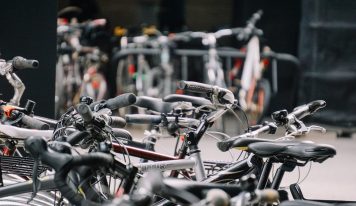