SAN FRANCISCO — In late August, major social media company Pinterest announced it will pay $89.5 million to terminate an upcoming lease in the 88 Bluxome Development. The proposed $6 billion mixed-use development project in Central SoMa was not expected to be open until 2022, and Pinterest’s exit has now put the entire project in jeopardy. Pinterest is a visual discovery app which boasts over 400 million users per month and 2,200 employees on four continents. Read the Pinterest Press Release here.

Pinterest had agreed to rent approximately 490,000 square feet of office space, making the company the marquee acquisition to the deal signed in early 2020. which was still subject to city approval under Prop M, a 1986 measure to restrict high-rise developments. The loss of Pinterest is yet another effect of the sudden growth of remote work since the beginning of the COVID-19 pandemic in the United States.

With about 42 percent of the U.S. labor force now working from home full-time, office space and development projects are in grave peril across large cities in the US. Pinterest’s decision follows other major tech companies in allowing employees  to work from home into at least 2021 and represents a deepening revenue crisis for a city budget in free fall. Pinterest’s expected lease obligations were as high as $440 million. San Francisco predicts a budget shortfall of $1.7 billion for 2020. In addition to the loss of city revenue from office fees and taxes, the company’s employees would presumably have patronized surrounding businesses throughout the workweek.
The city is not losing Pinterest completely. The company will continue leasing its four existing San Francisco offices, and their CEO hopes “a more distributed workforce will give us the opportunity to hire people from a wider range of backgrounds and experiences.” Yet, more than 200 Pinterest workers recently staged a virtual walk-out in protest of discrimination in the workplace, while former Chief Operating Officer Francoise Brougher also recently sued the company, citing sexism and gender discrimination. 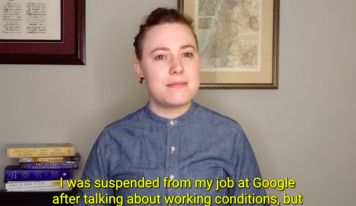 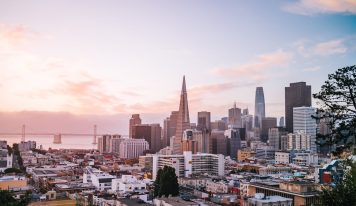 Tech exodus: Salesforce allows its employees to Work From Anywhere