SAN FRANCISCO—Yesterday in San Francisco’s Mission District, thousands of demonstrators came out in support of occupied Palestinians. The demonstration came in solidarity after weeks of devastation across occupied territories, including the Sheikh Jarrah neighborhood in East Jerusalem and Gaza.

Saturday was also the 73rd anniversary of the 1948 Palestinian Exodus, or the “Nakba”—a catastrophic event that led to the displacement of over 700,000 Palestinians and 15,000 deaths so that Israel could become a Jewish ethnostate.

But for many, the Nakba never truly ended.

“We will never forget about who we are and where we come from,” said Sabreen Imtair, an organizer with the General Union of Palestine Students at San Francisco State University. “If we don’t return within our lifetime, the Palestinians generations after us will keep fighting until we return back home to free Palestine.”

Prior to the march, demonstrators gathered to paint a street mural on the intersection of Liberty and Valencia Street. The mural depicted two Palestinian women with a flower in the middle, and “We Will Return” above the rest. Many signs were held up high, saying “Free Palestine!” and calling for an end to the apartheid and ethnic cleansing of Palestinians.

Many also shouted “long live the intifada!” in honor of the uprising against oppression. The first intifada began in 1987 with a series of protests against the Israeli occupation of the West Bank and the Gaza Strip.

During the month of Ramadan, Israeli settlers, backed by state forces, carried out pogroms in the Sheikh Jarrah neighborhood of East Jerusalem, threatening evictions on Palestinians and handing their properties over to Israeli settlers. This is an escalation of the settler tactics used for the last 20 years, due partly to the new “Nation-State” law which enshrines settlement legally and encourages the expansion of Israel’s borders at the expense of Palestinians.

Just yesterday, Israeli bombs destroyed another high-rise building in Gaza City after a series of airstrikes for the past several days. The building housed media outlets such as the Associated Press, Al Jazeera, and Middle East Eye. Common Dreams called this the latest step from Israel to silence reporting after another Israeli bombing of a refugee camp in Gaza City, killing eight Palestinian children and two adults.

Despite Israel’s many attempts to justify these actions, many Jews in the US came out in solidarity with the Palestinians, denouncing the pogroms and Israeli’s denial of apartheid.

This is especially the case for Talia Lepson, who came out to march alongside Palestinians and held up a sign saying “Another Jew against apartheid”.

“I’m here today because my Jewish values command me to be here in solidarity with my Palestinian siblings,” she said.

Demonstrators marched from 16th and Valencia Street to Mission and 24th Street, and then to Dolores Park. Many are calling on Joe Biden to stop sending billions of dollars of military aid to Israel.

According to a recent report by the Congressional Research Service, the US has sent over $146 billion to Israel since 1946. Each year, Israel receives $3.8 billion, making Israel one of the largest recipients of military aid next to Afghanistan and Saudi Arabia.

While many at this event were familiar with the apartheid, others heard of it for the first time after numerous reports shared on social media.

“We just heard about this recently,” said Ahmed Reza, a demonstrator from San Jose who came with his wife Ameena. “It feels very helpless watching children die, and these are children that are our children’s age. Gaza has been an open air prison. This is just terrible.”

While the media is calling this a conflict, it has become more evident that Palestinians are second-class citizens in what has become a de facto apartheid state. 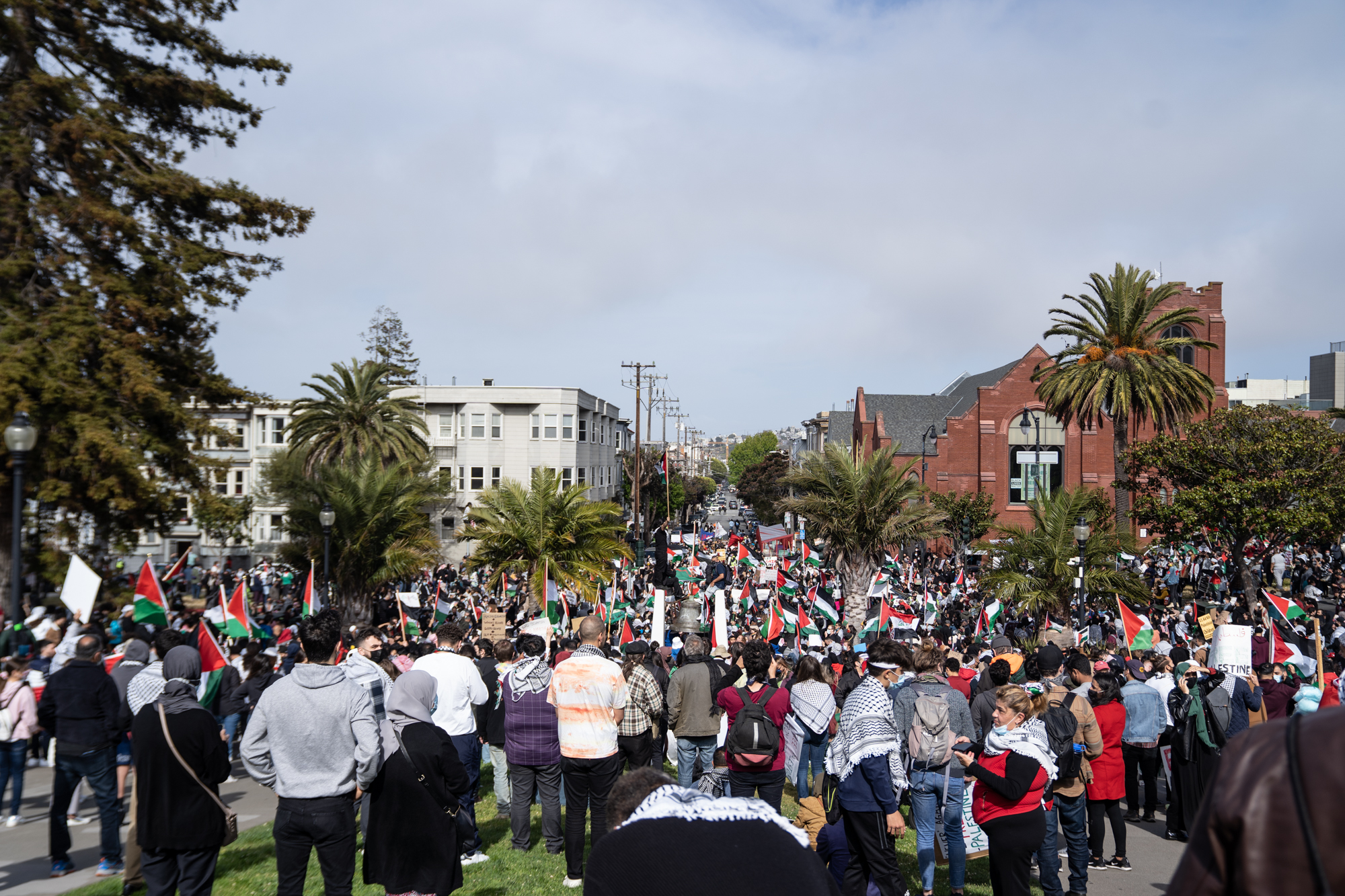 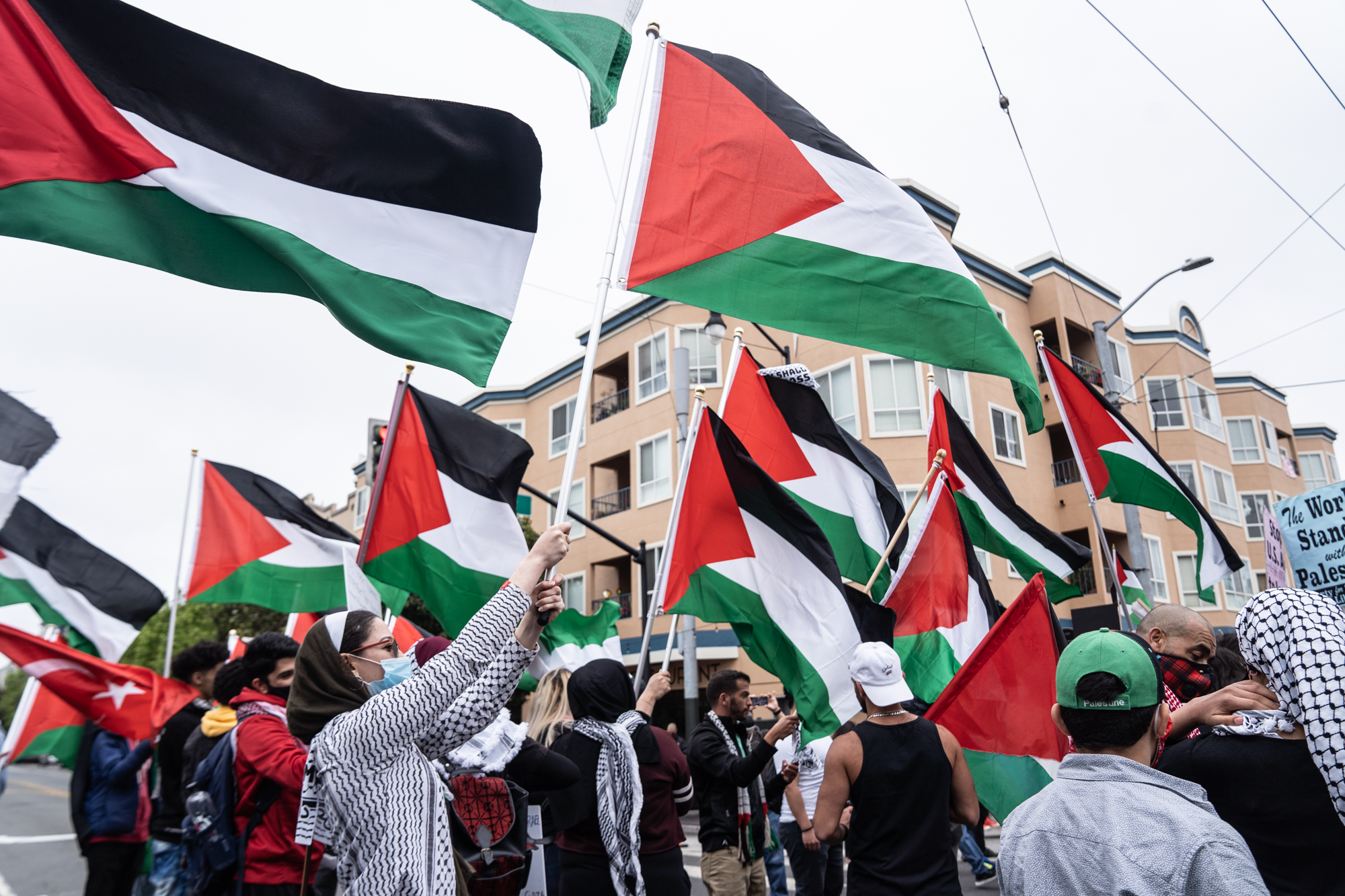 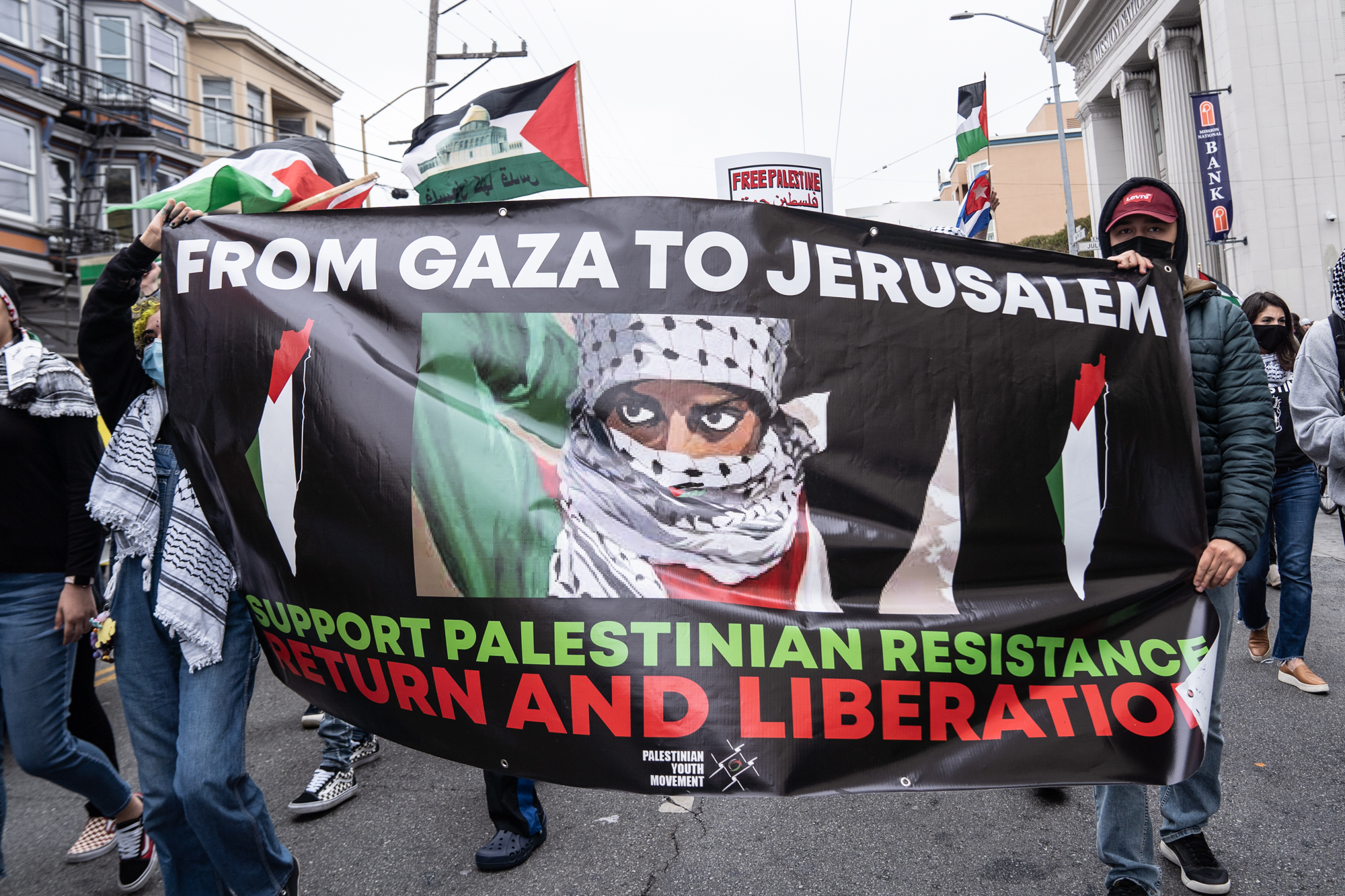 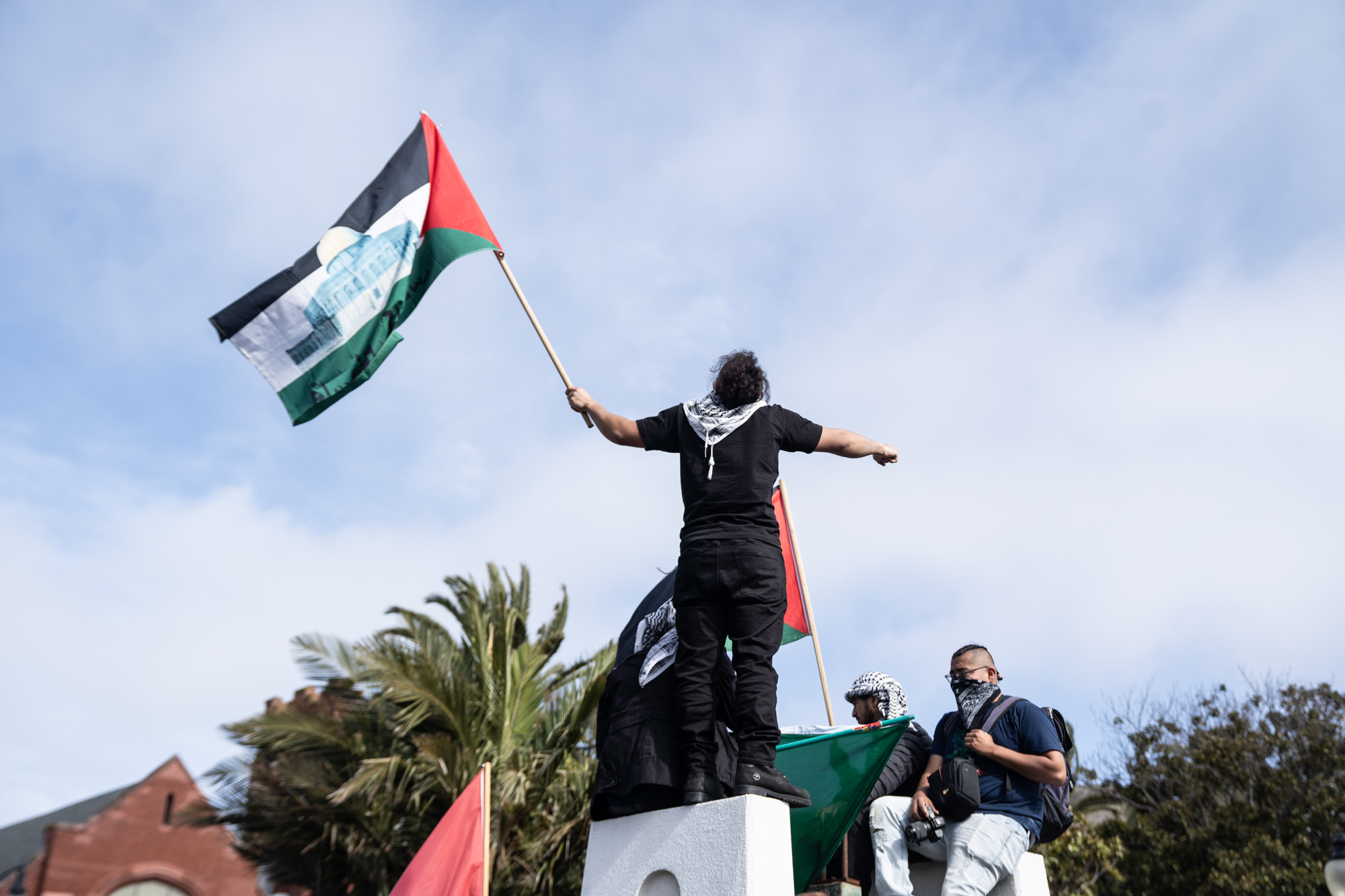 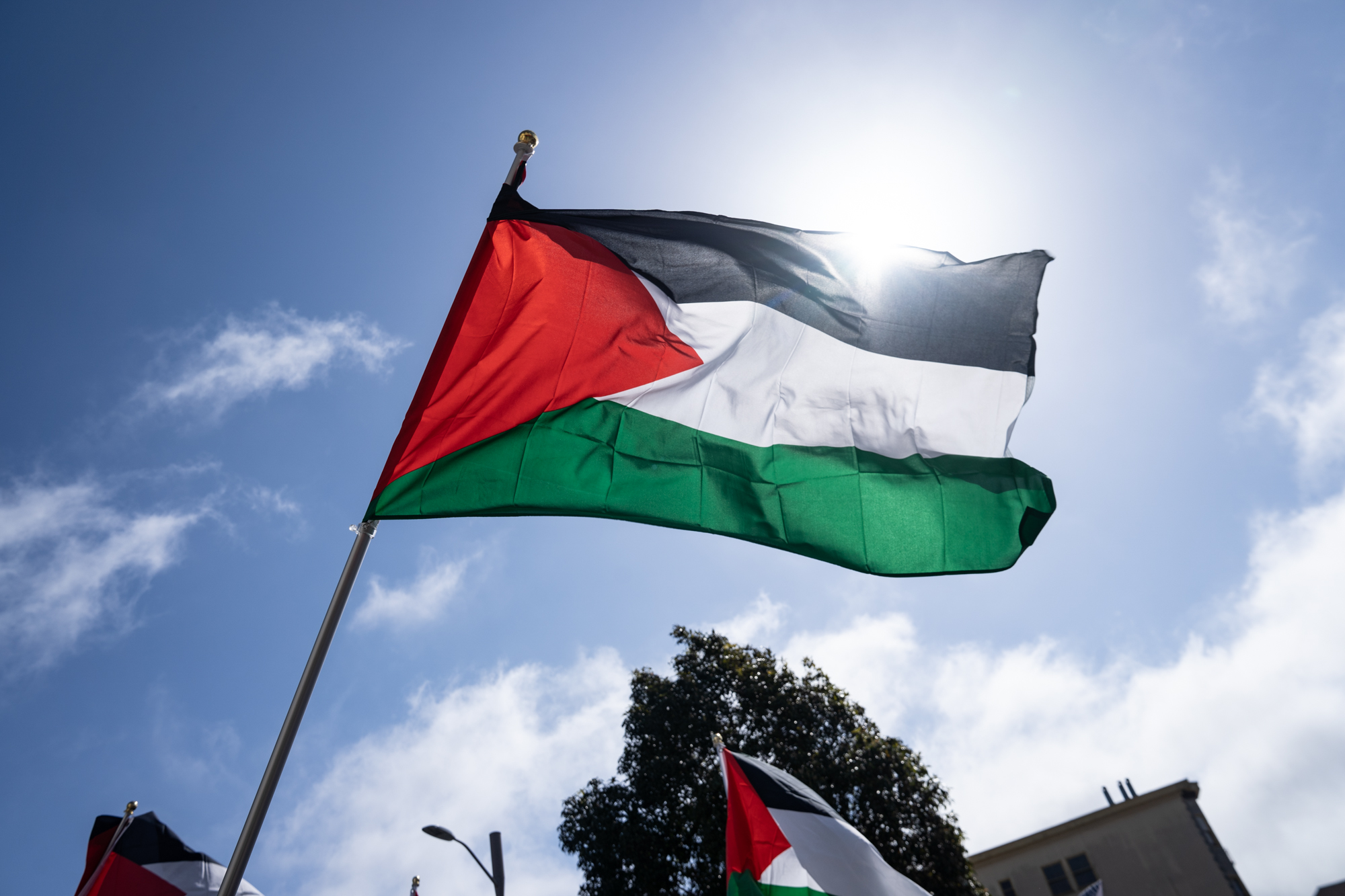 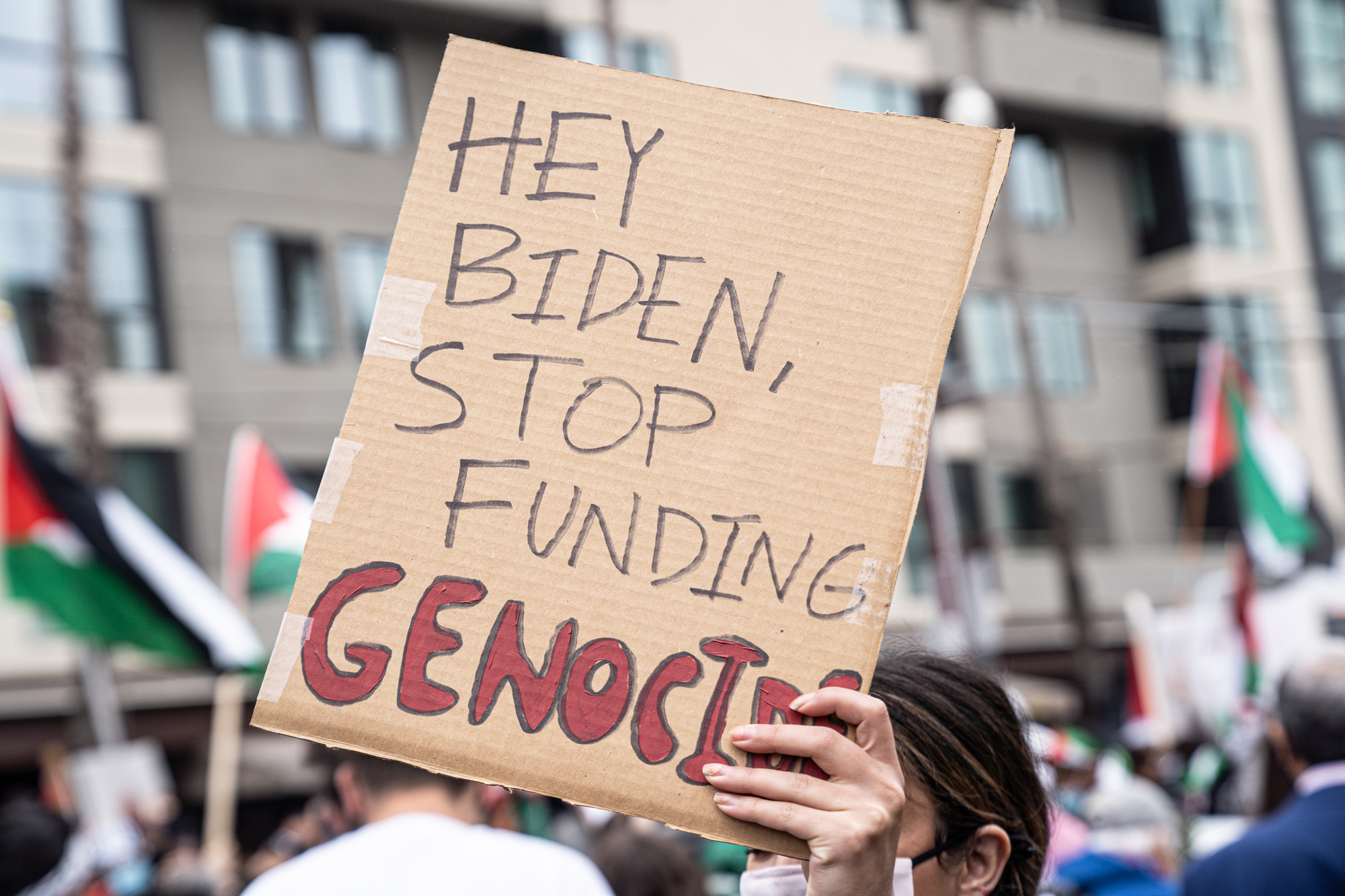 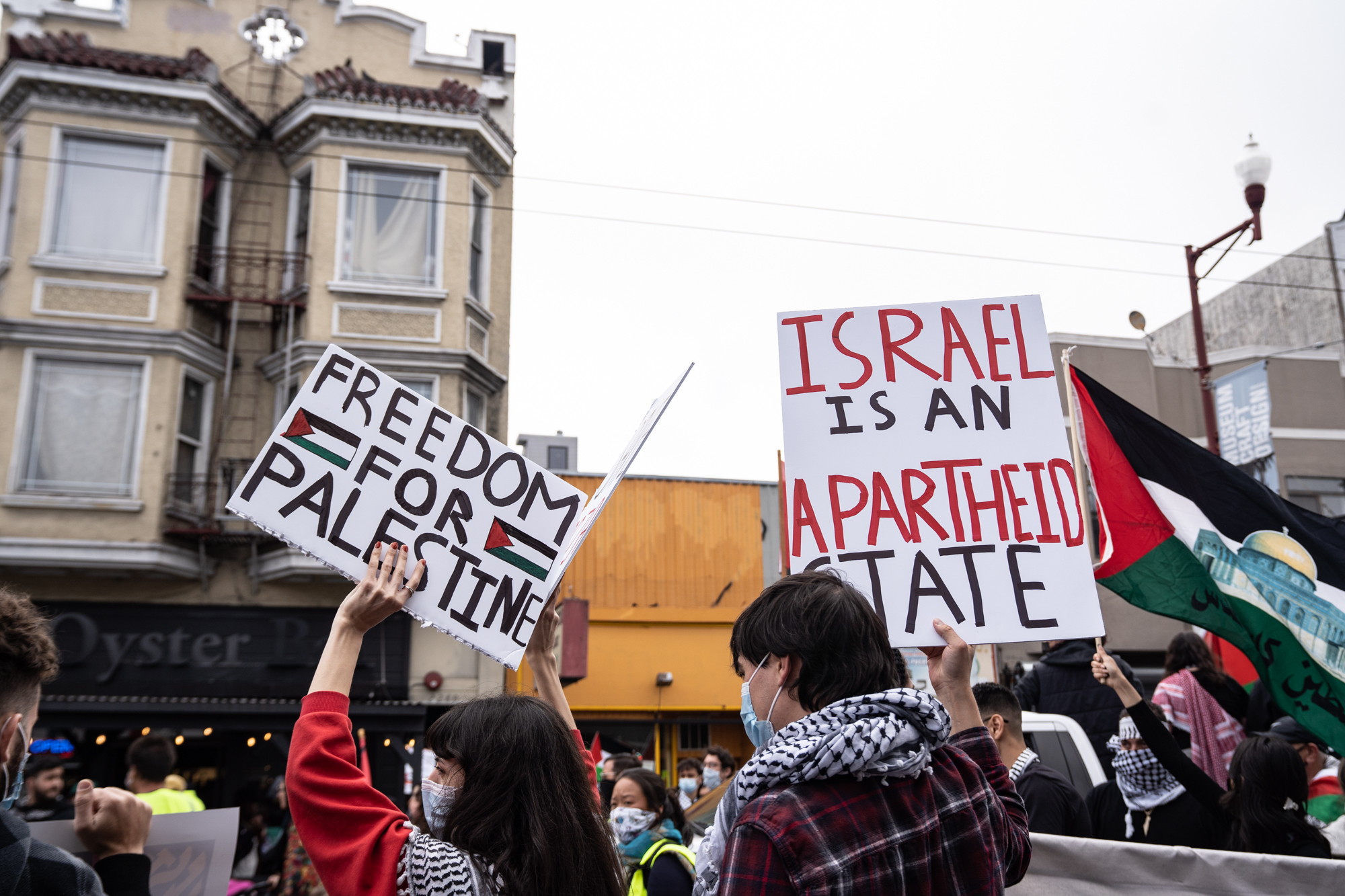 Savannah is a freelance writer and photographer, organizer, and San Francisco resident. She (or they) covers immigration, police, and labor for SFIJ.